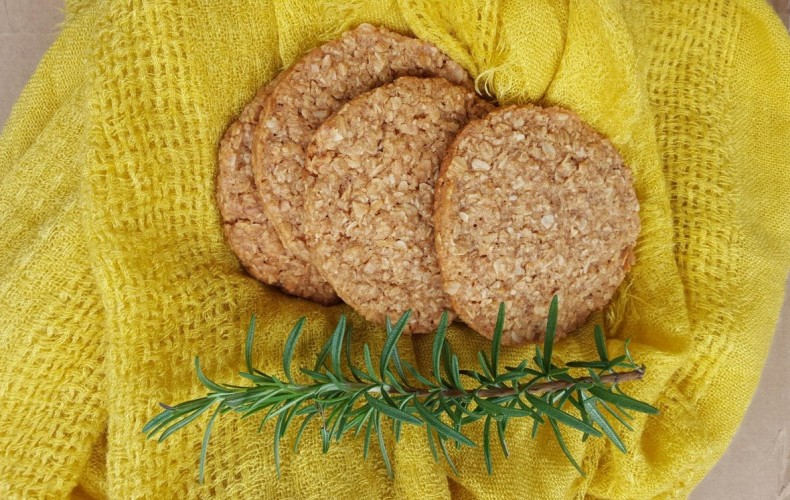 Anzac Day is one of the most meaningful days on the calendar for Australians, a day we commemorate the sacrifices made for us by our military servicemen and women on that fateful day in Gallipoli in 2015, and ever since.

Last year we wanted to do something special to mark the occasion this year, so we tinkered with a few of our own family recipes and came up with a gorgeously chewy, golden and cinnamon-tinged version of the classic Anzac Bikkie.  And then we tinkered a bit more and tried sandwiching a pair of biscuits together with whipped Nutella and… the results were glorious.

We thought it would be appropriate if we could find a way to tie in our Anzac biscuit bake-off with raising funds for a relevant organisation, and after speaking with the lovely women at Legacy Sydney, we decided to donate 50c from every packet (we call them ‘stacks’) of bikkies sold to this great cause.

In the end, we were proud to have raised over $300 for Legacy Sydney, who themselves fundraise to support the loved ones left behind by the death of a serviceman or woman, either during or after conflict.  And as our fundraising drive was such a success, we were keen to try again this year to raise more money to help out Legacy – so we’re again donating 50c per stack sold to Legacy!

So, if you’re near a Shepherd’s shop or stall between now and April 25th, buy an Anzac Stack and know that you’ve not only nabbed yourself a packet of Sydney’s Best Anzac Biscuits, but you’ve also donated to a worthy cause.