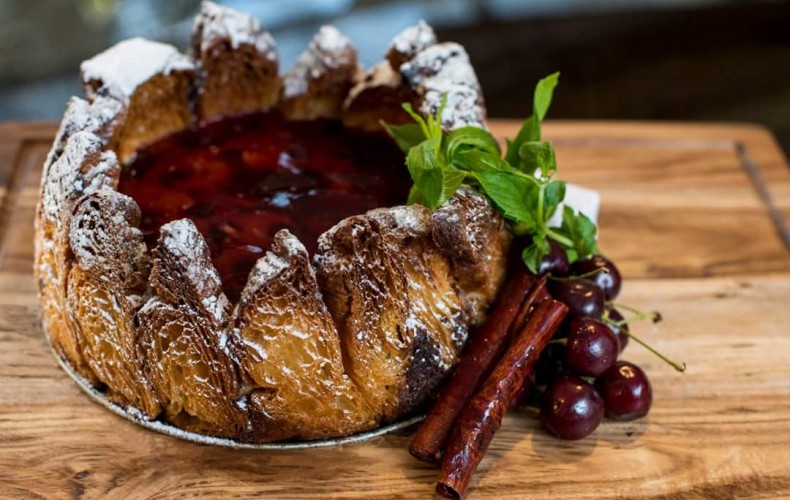 Looking to create a visually impressive and mouth-watering dessert for your next dinner party or lunch with friends?  Google no further – you’ve found the perfect recipe right here!

Our Almond Cherry Croissant Cheesecake was created by Retail Manager Dean, who found himself in the enviable position of having to take home some surplus Almond and Plain Croissants after a shift one day.

Dean went home, found a jar of Morello cherries in the pantry and came up with this delicious creation, which has since become his go-to dessert for when friends come around.