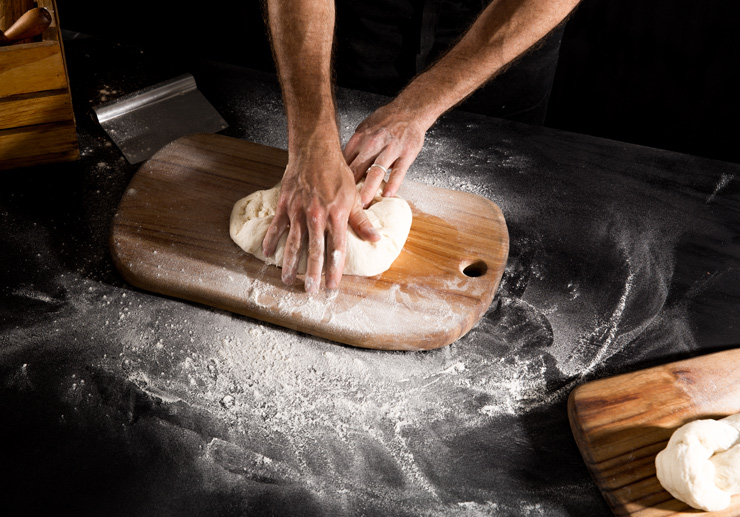 We deliberated long and hard about putting the word ‘Artisan’ into our name. Would people know what it meant? Did it seem pompous? Did it just make the whole thing too much of a mouthful – no pun intended?

To us, artisan producers are simply those who create food (or anything else for that matter) to the highest level, respecting traditions while exploring new techniques to further improve and enhance the final product. There is a sense of ‘art’ in artisan, but not in the sense that everything we make should look ‘pretty’. It is more the idea that the people behind the scenes work as artists do, carefully and considerately weighing up what to add in and what to leave out to ensure that the end result is as perfect as it can be.

The artisan food movement in Sydney has grown astronomically in the past 5 years, with the makers of cheese, butter, pasta, ice cream and chocolate all adding the ‘A’ word to their names. It has come to denote a certain level of quality, and an approach which has more in common with the local village blacksmith of 200 years ago, than it does with modern commercialised food production. There is an expectation that artisan food will be excellent quality, most likely rustic in appearance and come served alongside an interesting story regarding how the artisan producer themselves came to be involved in their particular passion.

When we thought about it like that, the word artisan resonated so strongly with what we make, and we’re trying to do at Shepherd’s, that there was no way it could be left out of our name!  And so Shepherd’s Artisan Bakehouse, it is…

This site uses Akismet to reduce spam. Learn how your comment data is processed.